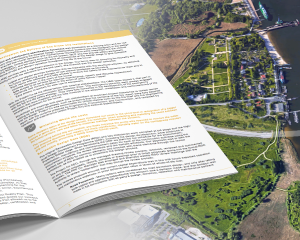 Bouygues Travaux Publics were bidding for a large infrastructure project in the UK. As part of the ITT requirements, they had to produce a detailed case study of where they had worked in a similar field.

First, Hobs Repro met with the client to understand the requirements and the resources needed to complete this project within the allocated time constraints. Hobs then arranged a more detailed meeting to go through the win themes within the tender. This gave additional guidance, and around 4GB of data drawn from previous projects to be trawled for supporting information and evidence.

Reviewing this information allowed Hobs to formulate a storyboard and ensured that the SME interviews could be focussed on adding value, securing detail and filling gaps. This allowed the preparation of the first draft to be shared amongst the team, speeding production during this critical phase. Conducting telephone interviews in the SMEs’ native language (having sent a briefing email in advance) also helped to get to the relevant information quickly and easily.

On completion of this process, the lead writer then went back over the text to ensure consistency of languages and that Hobs had the win themes weaved throughout the text. This was then reviewed by the client to absolutely confirm that the direction was correct and also to seek feedback on where further development could be undertaken. Formatting was also performed as part of this second draft, so that the file returned to the client was ready for use without additional work by them.

The process that Hobs applied, allowed the team to produce 8 billable days of work within a compressed 5-day period and generate a 12-page case study that the client stated was submitted directly.

David Eve, UK Business Development Manager at Bouygues Travaux Publics commented, “We asked Hobs Repro to assist in the production of a 12-page PQQ case study for a large UK PPP project. The writers had little time to absorb a very high volume of background information, including conducting interviews in German. They produced a high-quality submission that was almost ‘submission ready’ on first draft.

Requiring little revision after internal review meant that resources were free to be deployed on other critical areas of the bid, assisting the overall bid effort immensely. The written output of the final draft was accurate, compelling and communicated the responses clearly.”