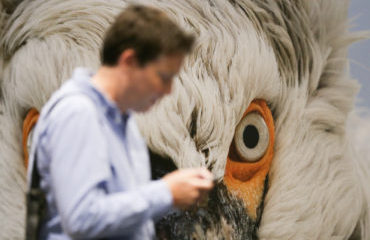 Last year, Hobs Repro teamed up with New Scientist Live to create a stunning gallery display for their festival of ideas. Contributing thirty-six high-resolution A1 display boards along with a giant poster to New Scientist Live, Hobs helped showcase the amazing diversity and brilliance of science and nature through their printing expertise.

Contributing thirty-six high-resolution A1 display boards along with a giant poster to New Scientist Live, Hobs helped showcase the amazing diversity and brilliance of science and nature through their printing expertise.

Warren Landau, Business Manager for Hobs Eagle Street said: “The display featured images relating to all core areas of the festival; the brain and body, technology, Earth, and the Cosmos. It contributed a great visual element to the festival, and allowed attendees to see some of the New Scientist trademark photography on a giant scale.”

Hobs successfully brought the pages of the widely-known publication to life, and helped to demonstrate how science plays a part in shaping the world around us. Warren continued: “We really enjoyed working with New Scientist Live. The photo display boards were relatively easy to complete, so they didn’t take us long to finish. We used high-definition digital printers to make sure the images were high-quality, and to ensure they were still clear when they were blown up to the display sizes. New Scientist Live were really happy with the results!”

New Scientist Live is a festival of ideas and discovery, which took place at ExCeL London, in September 2016. The festival is rooted in the biggest, best and most provocative science and also touches on all areas of human life. This resulted in it being named show of the year.

On the back of this enormous success, New Scientist Live will return to ExCel from the 28th September to the 1st October 2017, and has expanded to include a thrilling engineering section and talks from famous faces such as Margaret Atwood and Heston Blumenthal.

Featuring a wide range of exhibits and a number of exciting experiences, the festival will cater to everyone’s tastes. If you are interested in their next event, tickets are available from the New Scientist Live website.