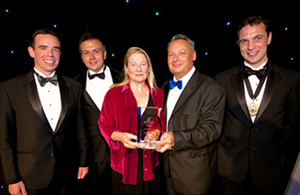 It’s been a busy year for Hobs in Bristol.  The presence of Hobs has already expanded to include the new Hobs Studio, which offers 3D printing, 3D Laser Scanning and 3D Visualisation.

Now another extension has become home to a specialist Legal Reprographics unit which provides secure copying and printing facilities for the legal sector, along with providing access to other services like computer and mobile phone forensics.

The grand opening, in September, was attended by dozens of legal professionals from over 15 different firms and Bristol local law society.

Heading up this new department are local legal support talents, Mike Lewis and Mike Fierro, who have years of local industry experience and solid working relationships with all of the city’s major law firms.  They have worked to build solid workflows and policies that, in turn, make a professional and unique service.

Mike Lewis commented “The open evening was the perfect way to show the legal sector that we understand their requirements and that Hobs have purposely hired the leading experts in their field to back this up.”

The Hobs Bristol team also attended the Bristol Law Society Annual Awards Dinner.  At the event Hobs sponsored and presented the ‘Chambers of the Year’ award along with printing the delegates lists and table plans.  The photo above shows the Hobs team presenting the award to winners St. John’s Chambers.

Michael Gupwell, president of Bristol Law Society thanked Hobs for their contribution saying “thank you again for your support of our Annual Awards Dinner this year. Without the support of businesses such as yours, we simply wouldn’t be able to put on such a fantastic event.”